I’m a bit obsessed with Rhubarb at the moment, particularly in drink-form. Cawston Press do a very nice Rhubarb and Apple drink (pictured) and Chase (the vodka people) do a Rhubarb Liqueur which i keep admiring in cocktails but can’t bring myself to spend £20 on a bottle just yet! 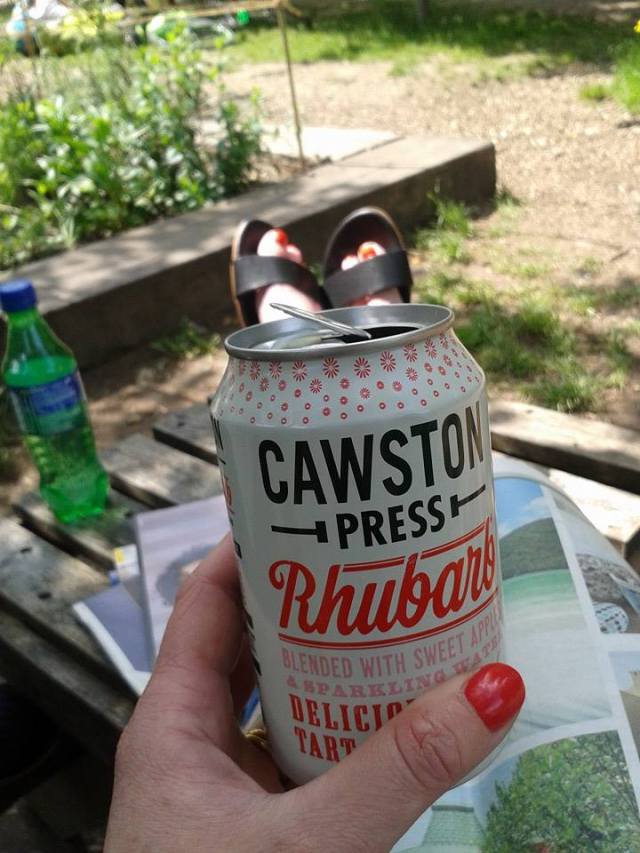 Instead, a couple of weeks ago i decided to make some Rhubarb Syrup to put in drinks, hoping this would satisfy my Rhubarb-y cravings… I’m happy to say it did! The recipe below is from http://www.notwithoutsalt.com (modified slightly) and it makes about 200ml of syrup which doesn’t sound like a lot, but as it’s concentrated rhubarb (and lots of sugar), you don’t need that much to make a glass of soda water taste delicious – and it would liven up a Gin and Tonic or some Prosecco if you just happen to have some lying around too… 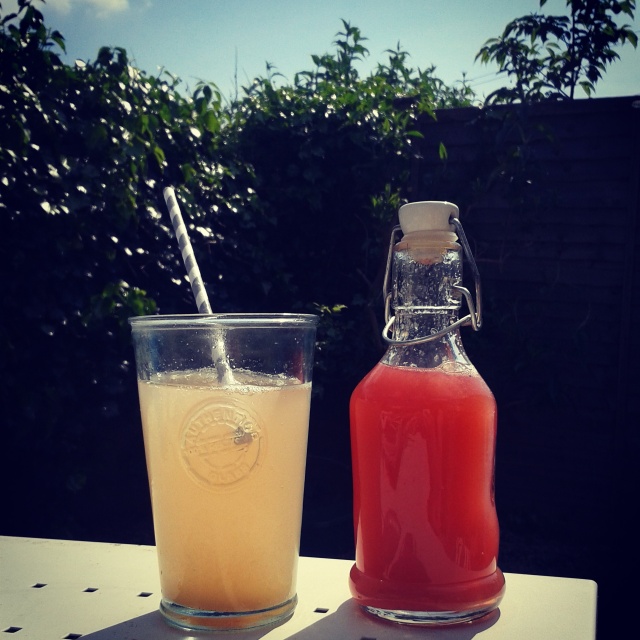 Put all the ingredients in a saucepan and bring to the boil. Reduce the heat slightly so the mixture continues to boil gently. Boil for 15 minutes or until the mixture is reduced by nearly half. The rhubarb will break down into a mush, and the liquid will get syrupy. Remove the pan from the heat and let the syrup cool.

When cool, strain out the rhubarb. Save the rhubarb-y mush to eat with yogurt, on top of ice cream or make a deconstructed rhubarb crumble?!

Rhubarb syrup will keep covered in the fridge for two weeks (but it won’t last that long).

The colour is amazing and the taste reminds me a bit of Raspberry Ripple (maybe because of the vanilla pod?) It’s good in an ice cream float too… Quick make some before the sun comes back out! 😉