Well today is apparently ‘Blue Monday’ – the most depressing day of the year… I’m sorry if anyone is finding it particularly depressing today, but i’m not feeling it – I have the day off, the sun is shining, the sky is blue, and it’s nearly my birthday 😉

I definitely understand why January can be a tough month generally for many of us though – trying to be good, trying to keep new year’s resolutions, dark mornings, dark evenings – possibly drinking no alcohol? I always want to start eating a bit healthier in January, partly a new year thing, mainly a ‘I ate way too much over Christmas’ thing! But, because of the cold, dark days I also want to eat food that is comforting and warming – think stews, soups, carbs etc. These can be good if you’re feeling a bit ill or generally down too.

So if you’re feeling either of those, or you have good January intentions that aren’t coming into fruition, Maybe I can help with inspiration. Here are some of the comforting, healthy recipes the OH and I have been making and eating over the past couple of weeks… 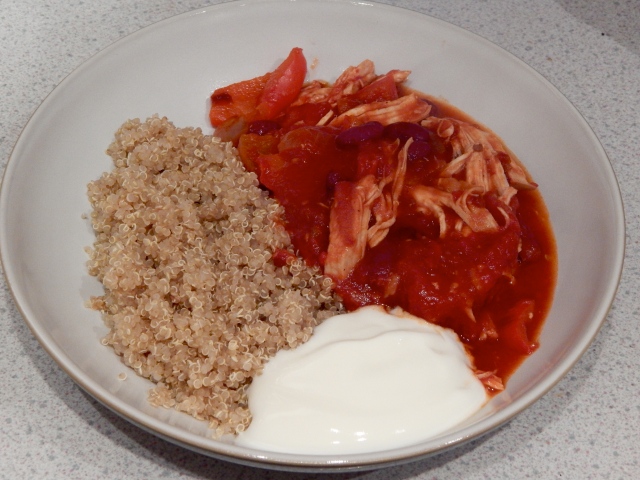 This recipe is one of my default ‘healthy but tasty’ meals as it’s all good stuff, but is also hearty and a bit spicy. I found it when trying out the 5:2 diet last year – it was the most filling and tasty fast-day recipe I could find! It has chipotle paste in it which gives it a kick (p.s. I only recently realised chipotle is pronounced chip-oat-lay and unfortunately does not rhyme with aristotle as I had previously thought – sad times.)

If anyone is interested in fast-day recipes I have a pinterest board devoted to them – they are good if you just want to cut down on calories a bit without fasting too.

This recipe is a hemsley + hemsley one – every time I see their recipes I think how tasty (and healthy) they all are, so I may have to buy their book soon! All the ingredients in this asian-inspired curry are so fresh-sounding, and I love coconut milk. They bulk out the sauce with red split lentils too which is good in my book. P.s. bone broth is just stock, nothing too weird! So if you’re a veggie, just swap for water or vegetable stock.

Beef and Ginger broth with Noodles

Another Asian-inspired recipe, this time a warming broth. Tasty, tangy and surprisingly filling – we couldn’t find any wakame flakes so we used wakame miso powder instead (the sachets you make miso soup with), but we did find that birdseye does frozen soya/edamame beans which was quite exciting!

Another vegetarian recipe, this one can be an accompaniment to meat or fish, or the star of the show itself – we decided to make it the star. We didn’t have the turkish pepper paste, so we put in a fresh pepper, and we also added a pinch of allspice and cinnamon to the dish too. I can’t eat raw garlic in food, I find it waaay too strong, so we also cooked the garlic clove before adding it to the yoghurt. It was a tasty, filling dish and I could almost imagine I was back in Istanbul in the sunshine… until I remembered i was sat on the sofa, under a blanket, with a hot water bottle.

I hope these recipes give you some inspiration if you’re lacking ideas for healthy, comfort food – and I hope none of you have a blue monday – just a blue-sky! 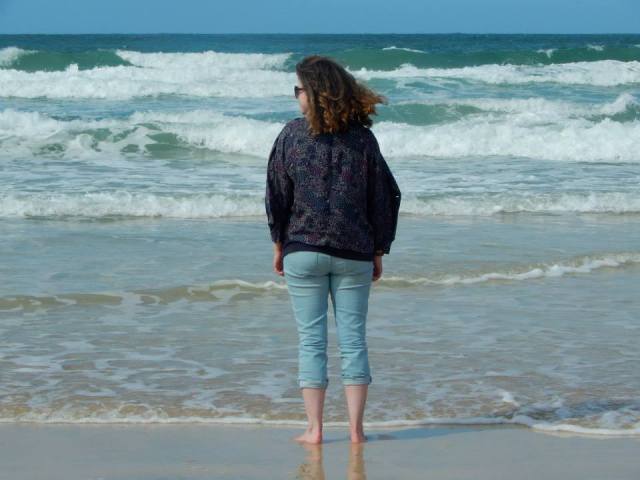 Happy 2015! I’ve decided to take a look back at the year just gone, before jumping into the new one. I’m borrowing the idea for this post from a friend and fashion blogger – I wish I could wink. I like the idea of looking back over the last year and finding 14 things to be thankful for. It’s been an interesting year, a lot has happened, mostly good but some bad, and the last couple of months have been quite stressful for me, so I think looking back and remembering the good could be a useful, positive exercise! It’s a departure from food for a moment (mainly), but indulge me. In no particular order… 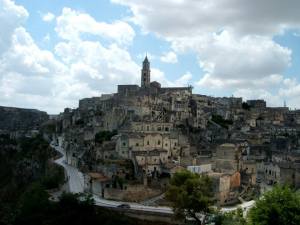 Normal service will now be resumed…