Well the summer in England this year has been a bit of a non-starter.  July was pretty wet, windy, and decidedly autumnal. August is so far a bit temperamental.  I’m hoping for an Indian summer now…! 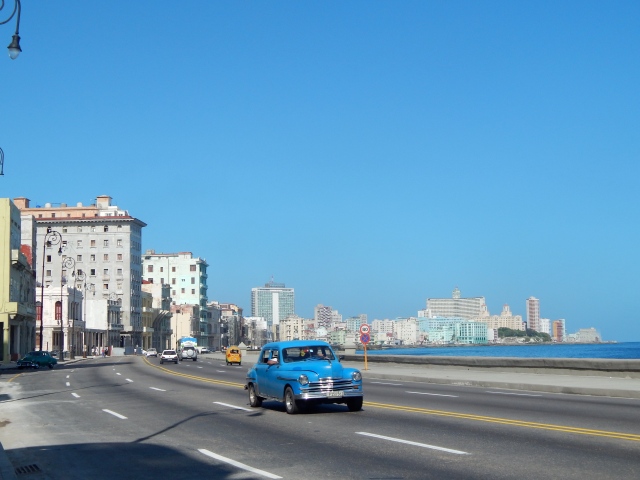 Instead of focussing on the English climate too much, I’m instead harking back to warmer days and remembering a time when it was (too) hot – back in May, when the OH and I went to Cuba. We spent almost a week in Havana, a few nights on the beach in Varadero, then went south and spent some time in Trinidad (in Cuba, not Trinidad & Tobago!) and Cienfuegos.

When I told friends and family we were off to Cuba for our holidays this year, some were jealous, and some were unsure what the country had to offer. I thought it was obvious: sun, mojito’s, 1950’s american cars, salsa music… the only thing it’s not got much of is great food. The political situation in Cuba has meant that there are not a lot of ingredients to play with, the Cubans also generally don’t like spice and have a fairly conservative attitude to food, so it’s quite a plain cuisine – think plantain, potato, rice and beans, chicken etc. This is fine for a few meals, but it does get a bit boring after a while! We did find some gems in the rough however, and the cocktails were all excellent 🙂

Havana is a very interesting city. It was fairly obvious to us back in May that it is going through a time of change; buildings are being spruced up, businesses are springing up out of people’s doorways and windows, and there were plenty of roads being paved and swept. Overall however, the city still feels very poor. A lot of buildings are derelict and crumbling, there aren’t many shops or cafés in large parts of the city, and the shops that are there have only a small amount on their shelves. We were staying in Centro Habana which is one of the poorer parts of the city, so it may have been more obvious to us than tourists staying in the parts of the city that have had money injected into them (such as Vedado and Vieja), but I was pleased we saw that and not just the sanitised version of the city. 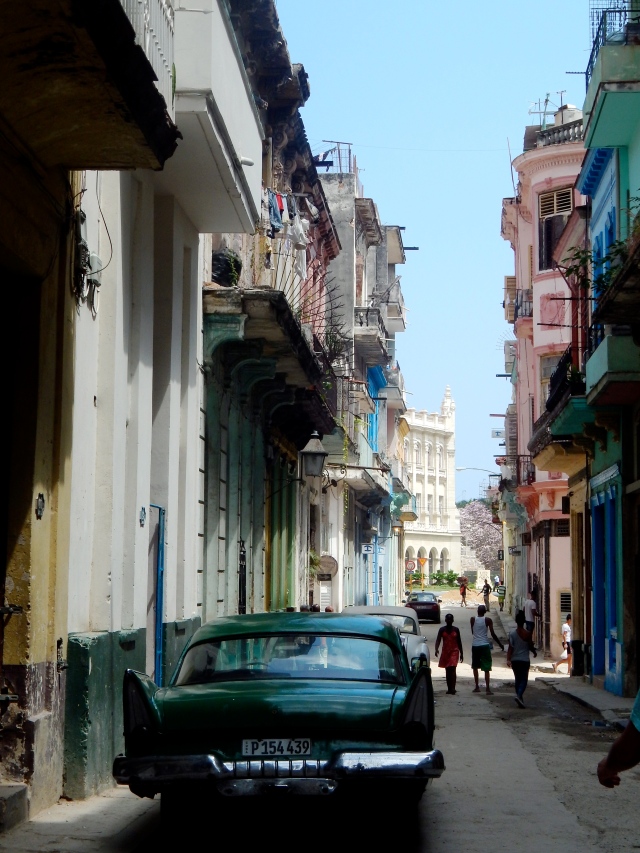 There’s a certain charm to the city, it’s colourful, the cars are amazing, and the people are generally friendly. It would be interesting to go back in a few years time and see how the city (and country) has changed, now the US embargo has lifted. I think some things will definitely change for the better (the food hopefully being one of them!), but some of the charm of the place may be lost. We shall see…

There are lots of restaurants in Cuba, and they are generally split up into State-run Restaurants and Paladars. We didn’t really eat in any State Restaurants as we were told the food wasn’t great, opting instead for the Paladars. The most interesting thing about Paladars are that most are privately run, and they are quite often in people’s houses. Sometimes it feels like having dinner in someone’s living room, and sometimes they are incredibly professional and have entertained the likes of Jay Z and Queen B. 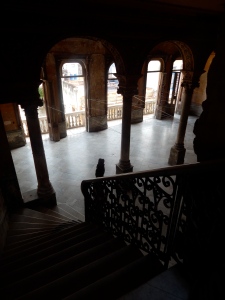 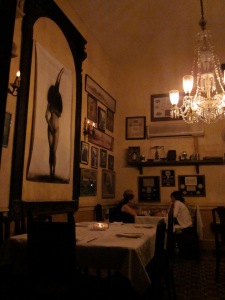 Our favourite meal of the entire holiday was in La Guarida (a paladar that has entertained the aforementioned musical royalty). This was in Centro Havana, but in culinary terms, you wouldn’t know you were in Cuba. The food was beautifully presented, and on a par with any fine dining restaurant in Bath taste-wise. The flavour combinations were excellent and i can’t help but wish they would run a cookery school to help educate some of the restauranteurs in flavour. The building was also very atmospheric. 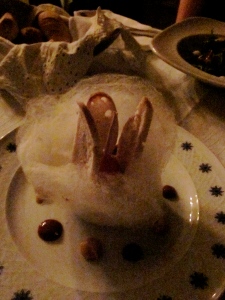 L- R: Suckling Pig with an Orange & Honey Reduction (perfectly crunchy top, melt in the mouth bottom, lovely sauce), Three Tenderloins with Three Sauces – Blue Cheese & Chocolate, Green Pepper, and Béarnaise (a nice idea but a bit odd in practice – the only dish we didn’t love), and a Mango & Coconut Tart (really refreshing and a good way to end the meal – quite similar to a cheesecake in texture). 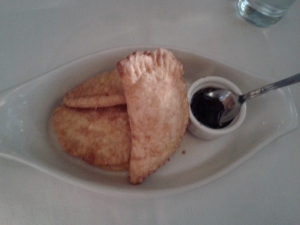 Another paladar we were impressed with (also in Havana), was Decameron, in the Vedado district. The food was a little simpler here, but the flavour combinations were still excellent, and they made the most of the produce Cuba has to offer, and made it interesting. My Duck Confit with Papaya was delicious. The decor in here was interesting too, lots of pendulum clocks on the walls. 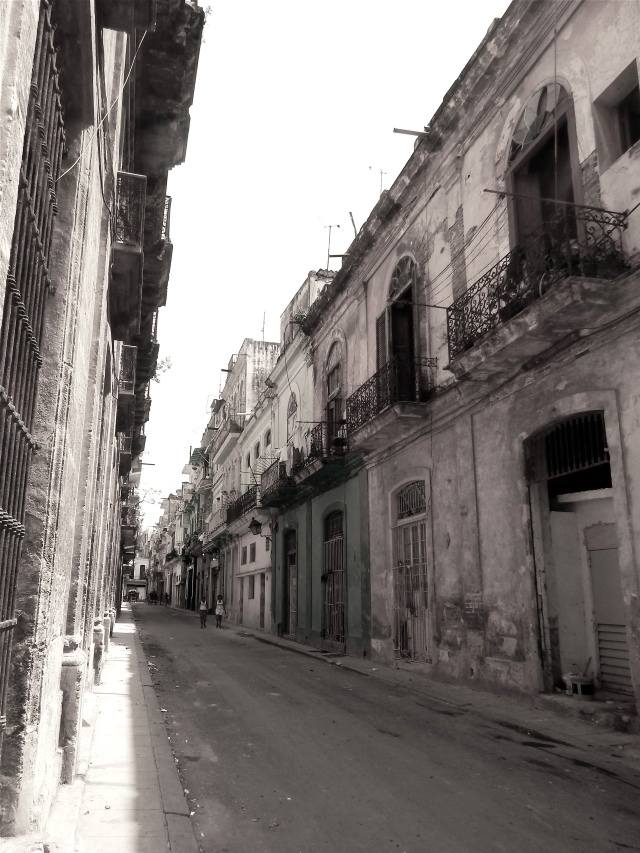 Part 2 will be about eating in Casa Particulares and our experiences in Varadero, Trinidad and Cienfuegos! And maybe some cocktails… 😉

Have you been to Cuba? Are you thinking about going? Let me know!