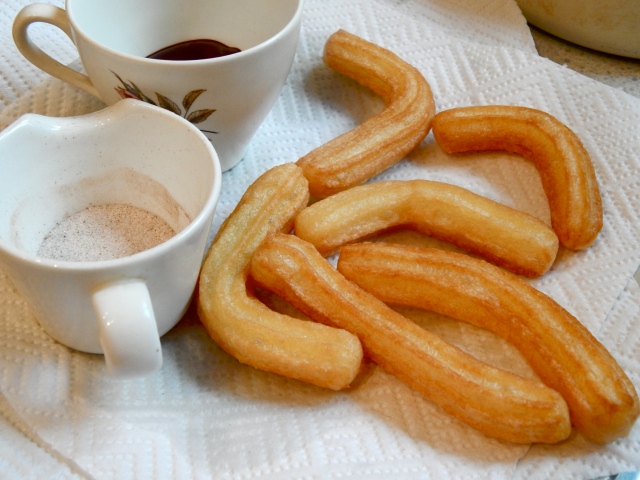 Forgive me for I am cheating a bit this week – I’ve tried to incorporate two episodes into one bake, because I didn’t really have time to bake twice straight after coming back from Spain (and I need to regain some control over how much i’m eating!)

So this week to continue the Spanish theme I made Churros 🙂

Churros are made of a choux pastry dough, which is then piped through a star-shaped nozzle into boiling oil, and fried until puffed up and golden. They are often eaten for breakfast dipped in hot chocolate or with a coffee. They evaded me for a while in Spain recently however, they seemed to prefer pastries with their chocolate for breakfast in Girona – so that’s why i’m not sick of them yet…

I’d never made choux pastry before, so I consider this advanced for me! Although I found it pretty easy, so maybe it’s not that difficult, just something different?

Anyway, I found a few recipes on the internet, including some for baked churros, which I thought worth trying as they would be healthier than their fried cousins.

I originally decided to just make baked, but then thought better of it and decided it would be useful to make both versions and compare…

I adapted a recipe for baked churros by The Little Loaf and used it as the dough for both types of churros, I also used a chocolate sauce recipe by BBC Good Food and adapted that slightly too.

The verdict wasn’t that surprising to me – the fried tasted better (doesn’t it always?!). They puffed up more in the oil than the baked did, which gave them a chewy texture and a crunchy exterior, the baked version was lovely and crisp, but fairly hollow inside.

Here’s a comparison photo for you:

My mum, who is on a diet, did appreciate the baked version however, as it meant she could still enjoy dessert and not feel too guilty, so they’re worth making for that reason at least.

I was pretty impressed with how authentic the fried ones tasted, and how easy they were to make! The chocolate sauce was really silky and glossy too…

Recipe for both versions below:

If you’re not a fan of dark chocolate you can use half dark, half milk…

*If making Baked Churros, preheat oven to 200C and line a few trays with baking paper*

Sift the flour and salt over a piece of baking paper and leave near the hob (this makes it easier to combine ingredients for the dough). Mix 90g of the caster sugar with the cinnamon in a large bowl or tray and set aside. 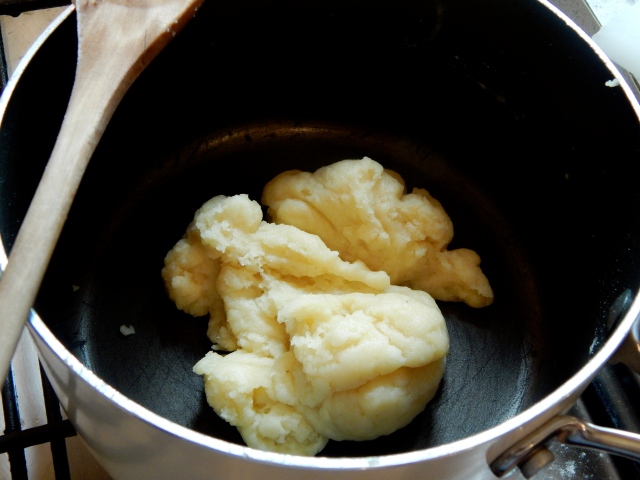 In a medium saucepan, heat the butter and water together until the butter is melted. Bring to the boil then turn the heat down low and tip in the sifted flour/salt and remaining 10g caster sugar. Beat with a wooden spoon over the heat until a smooth ball of dough forms that leaves the sides of the saucepan – it will look a bit like mashed potato! Remove from the heat and leave for a couple of minutes, then beat in the eggs, a small amount at a time, until the mixture is smooth. Put to one side for a few minutes. 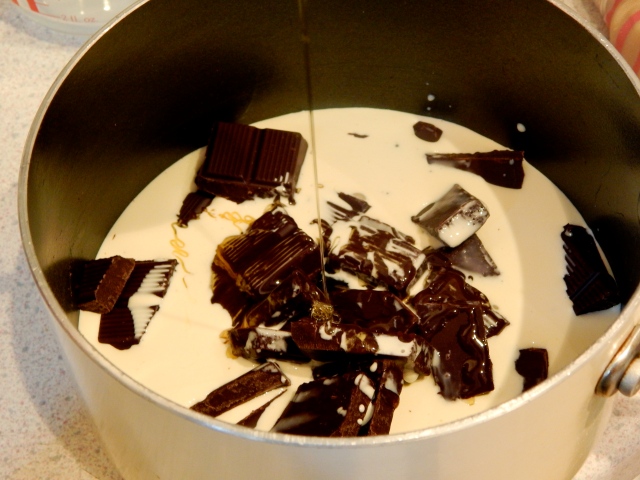 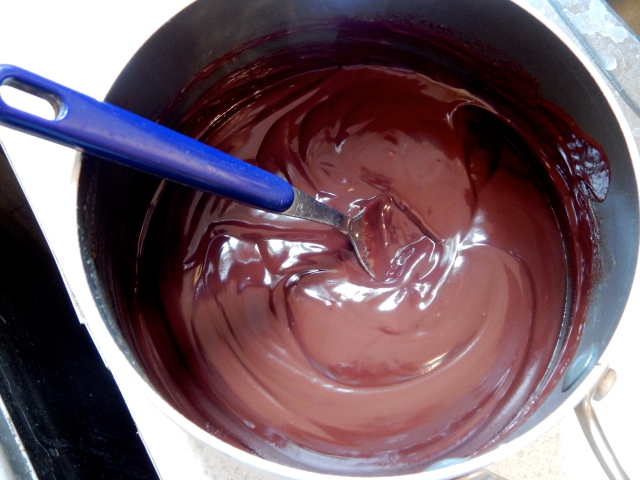 While the dough is resting, make your sauce. Put all the sauce ingredients into a pan on a low heat, stirring until you have a smooth shiny sauce. Keep warm.

Fill a deep saucepan one-third full of oil. Heat until a cube of bread browns in 45 seconds – 1 min (approx 170C if you have a thermometer). Cover a large plate with kitchen paper.

Fit your piping bag with a star-shaped nozzle (approx 1.5-2cm wide). Fill with your dough and pipe strips of it straight into the pan, cutting them off with a pair of scissors – you might need someone to help with that bit. I managed to get about 6 or 7 in the pan each time, without them sticking to each other.  Fry until golden brown and crispy, then remove with a slotted spoon and drain on the kitchen paper.

As soon as the churros are ready, roll in the cinnamon sugar mixture and serve with the thick hot chocolate sauce – get dunking!

Fit your piping bag with a star-shaped nozzle (approx 1.5-2cm wide). Fill with your dough and pipe lines onto the prepared baking paper-covered trays. Bake each tray for 12 – 15 minutes or until crisp and golden – you might have to do this in batches.

As soon as the churros are ready, roll in the cinnamon sugar mixture and serve with the thick hot chocolate sauce – get dunking!

*You may well eat all of these in one sitting – I wouldn’t blame you, but if there are some left over, or you need to make them in advance, you can re-heat them in the oven on a medium heat for 5 minutes – this will make them nice and crispy again too! The chocolate sauce can be re-heated on the hob or in the microwave, but remember to check every few seconds in the microwave so you don’t burn it.*