Eating in and staying in a Casa

We stayed in Casa Particulare’s as much as possible in Cuba – these are similar to b&b’s (and airbnb, which has only just launched in Cuba), and are normally rooms in a family house. It’s a good way to get acquainted with a town/city and its people – we really enjoyed chatting with our hosts – and they are pretty cheap too. Most will offer breakfast and some also offer evening meals (at a separate price). 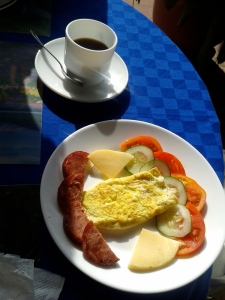 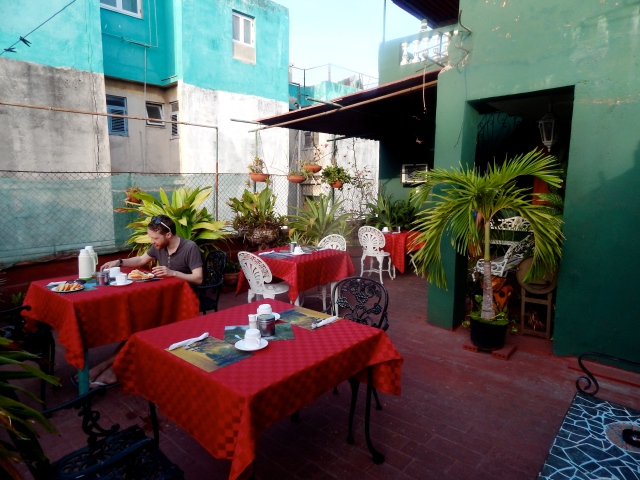 Breakfasts at Casa Yadilis & Joel, and the roof terrace where we ate

We had an evening meal in two of the casa’s we stayed in, and both were better than some of the restaurants we encountered!

We stayed in Casa Yadilis & Joel in Havana and they were great – friendly and helpful, nice room, good breakfasts and evening meal. They are in Centro Habana which is a bit more run-down than some areas, but it was easy to get to the old town and the malecon.

At Yadilis & Joel’s I loved the fact that even though the breakfasts consisted of similar ingredients each day, they were presented creatively and were always slightly different. We also had various fresh fruit juices and smoothies with our breakfast here. Cuban coffee is really good too so I always looked forward to that. 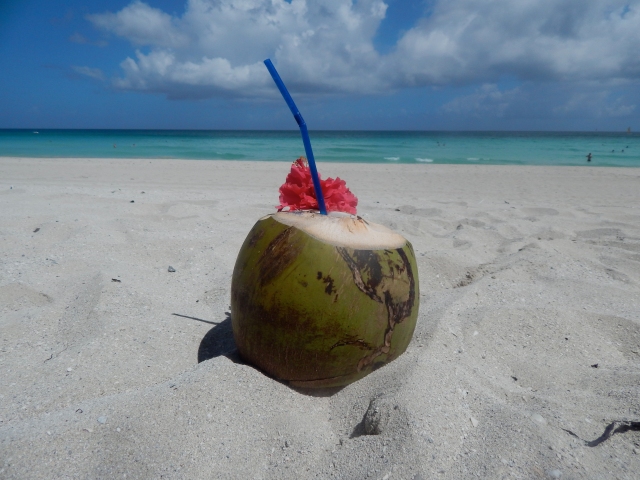 After Havana we went to nearby beachy paradise Varadero for a couple of days of well-deserved r&r – you can’t beat the first view of a Caribbean beach with its palm trees, powdery white sand and turquoise, warm-as-a-bath sea – take me back! We stayed in an all-inclusive for 3 nights here (our first experience of one), as they were all on the beach and we wanted as little hassle/movement as possible for a couple of days. I’m not gonna lie, it was pretty blissful going from bed to sun lounger to pool to bed! I’m not sure I could do a full holiday in one though…

The food here wasn’t amazing, but it was ok for those days – the best restaurant we ate in was actually a Japanese one!

We stayed at Meliá Las Americas which is marketed as a golf resort hotel, but we don’t golf – it just had some of the best reviews online for hotels in Varadero, and it was very nice!

After two days of relaxation we then had a little bit of stress travelling to Trinidad (in Cuba, not & Tobago!). We didn’t realise at the time, but Cuban buses are ridiculously punctual, and you should turn up at least half an hour in advance to check in your luggage… being a fairly chilled-out Caribbean country we’d just assumed the public transport would be at least as bad as it is in England (i.e. crap) but oh no.  We booked a taxi for half an hour before departure, which then turned up 25 minutes late, getting us to the bus station about 3 minutes after the bus should have left – and it had. Being a sunday, this was the only bus making the 7 hour journey that day 😦

Luckily, an Irish couple had also just missed the bus, and we all piled into a taxi which agreed to take us on the journey. The taxi then stopped on the highway an hour and a half into the journey and told us we’d have to swap cars to his ‘brothers’ car, because he didn’t go as far as Trinidad. We all exchanged nervous glances, but did as he said, and we actually made it to Trinidad in one piece and 3 hours earlier than expected!

We stayed 3 nights in Trinidad but could have stayed longer – it’s not a large town but it is lovely – lots of colourful colonial buildings, and live music EVERYWHERE. We went to two great clubs – the Casa de La Musica which is outdoors on the steps of one of the squares, and the Casa de La Trova which is smaller and indoors – both get very busy with drinkers and dancers, and it’s great to watch!

Trinidad is near some amazing countryside and also near the coast, so it’s a good base if you want to do a bit of travelling around. Seeing as we’d just come from the beach we didn’t go to another, but we did go to the Valle de los Ingenios (Valley of the sugar mills) to an old sugar plantation which was nice – the countryside on the way there is stunning.

We stayed at Casa Elda y Roberto, which was in a lovely colonial house in the old town. We had an evening meal which was good, and excellent mojito’s 🙂 The breakfasts were nice but not quite as interesting or inventive as they were in our previous casa.

Our room was lovely – quite rustic, but colourful with lots of old furniture, and the terrace out the back of the casa was a nice place to eat breakfast – there were even hummingbirds buzzing around! 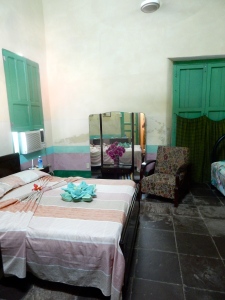 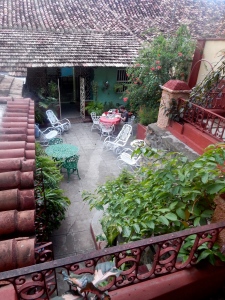 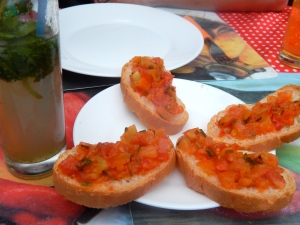 The Casa and our food (peppers stuffed with mince on the left, bruschetta & mojito on the right).

The hosts Mercedes, Eddy and their son Saul were friendly and so were the other guests – we spent our last evening out with 3 Australian girls, Saul, and two of his friends – listening to live music, and then listening to Saul and his friends singing and playing the guitar until 2am – and us all joining in on Enrique Iglesias ‘Hero’ 😉

NB. For some reason lots of Cubans also seem to love James Blunt which we found a bit strange – they have all this amazing music – why play/listen to him?!

Approximate prices as of May 2015:

Stay tuned for part 3 – Cienfuegos, The famous Hotel Nacional in Havana – and the cocktails!